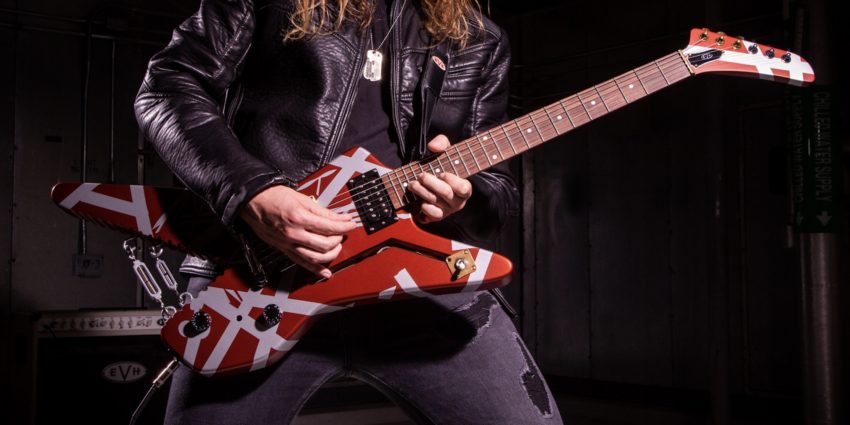 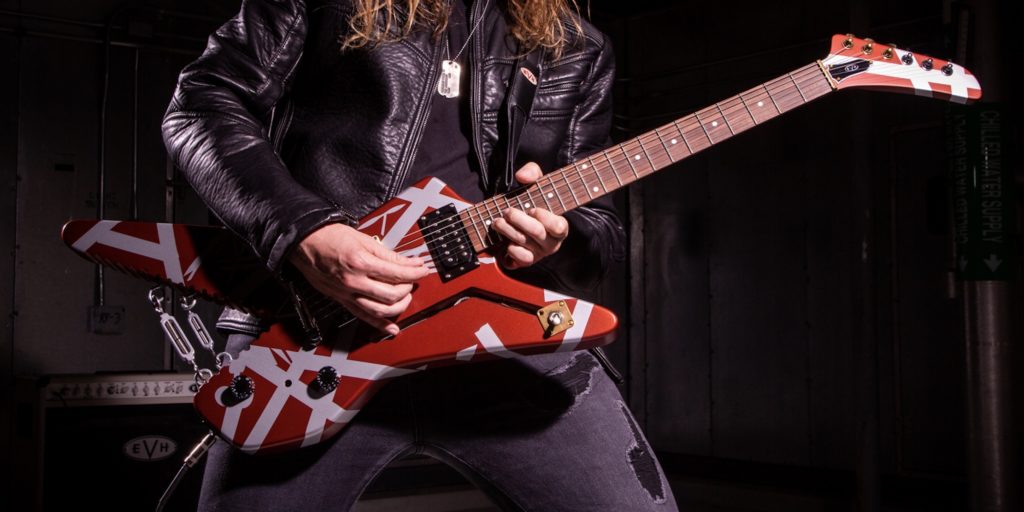 “Thanks in part to the hot pickups, the Shark delivers an aggressive voice with a vicious growl,” wrote Gill.

“The overall tonal personality is warm and dark, but not overly so, with individual notes possessing lush, thick body and excellent definition,” shared Gill. “The guitar pairs best with bright, high-gain amps that bring out its bite.”

Gill also praised the model’s design and fine detailing, which capture the flair of its predecessor.

“The Shark is a dead-ringer for Eddie’s original Shark guitar, lacking only the dents, dings and chips from a few decades of wear,” applauded Gill.

If you still needed convincing, Gill closed his review with a final praise of the model’s unmistakable presence.

“An absolute must-have for vintage Van Halen fans, the Shark is also a great choice for players seeking a comfortable, aggressive-sounding ax with full-bodied tone as distinctive as its looks,” concluded Gill.