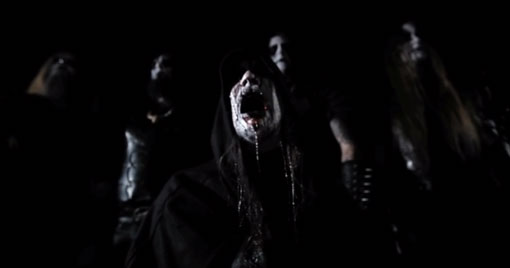 Swedish black metallers Dark Funeral has their sixth studio album in the works, with an eye on an early-2015 release.

But to give fans a taste of the new music, the group recently unveiled a video for their latest single, “Nail Them to the Cross.” The dimly lit clip also marks the debut of the band’s new vocalist, Heljarmadr (Gra, Domgard, Cursed 13), and bassist, Natt (Angrepp, Withershin).

Before the album comes out, Dark Funeral will release a limited-edition 7-inch of “Nail Them to the Cross” that will be backed by another new song on Feb. 23.

In the meantime, check out the video below.

Dark Funeral Nail Them to the Cross
EVH Artist News