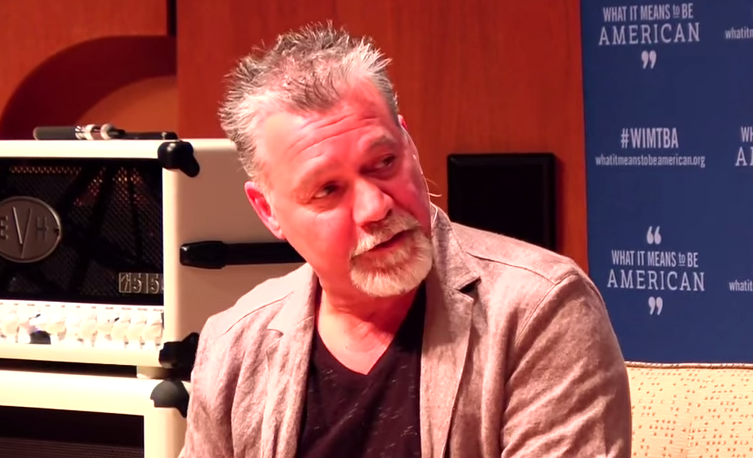 The legendary Eddie Van Halen appeared at the Smithsonian National Museum of American History in Washington D.C.,  last week, headlining an event that was part of the national “What It Means to Be American” program.

The three-year initiative is aimed at engaging leading public thinkers and Americans in all walks of life to explore how the nation has become what it is today.

As part of the event, Van Halen and EVH Gear donated three new pieces of gear to the Smithsonian, including a prototype replica of the original black and white guitar from 1978, a replica of the current EVH Wolfgang Stealth and a half stack EVH 5150III. These items join the previously donated Frankenstein replica from a few years ago.

The famed guitarist also took part in an hour-long discussion with former CNN entertainment reporter Denise Quan that centered around the question “Is Rock ‘n’ Roll All About Reinvention?” A Dutch immigrant and naturalized U.S. citizen, Van Halen delighted the audience with recollections of his musical journey.

Watch the discussion below.