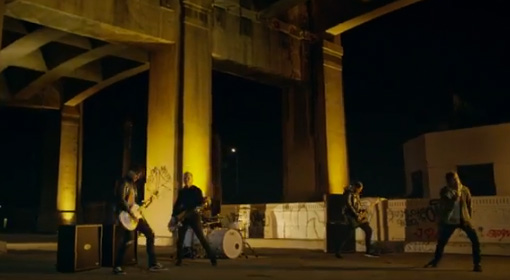 “We just take it as it comes. We write all the time,” he said. “The band also put some promotional support behind the single with a new music video as well. Bathed in golden light, the band is seen performing at night under an overpass, where you’ll spot some quick shots of guitarist Neil Westfall’s new EVH cabs.  The live footage is interspersed with McKinnon’s visit to a therapist, but turns out, it’s not just his paranoia. The band is being stalked.

Check out the clip below to see how it all unfolds.