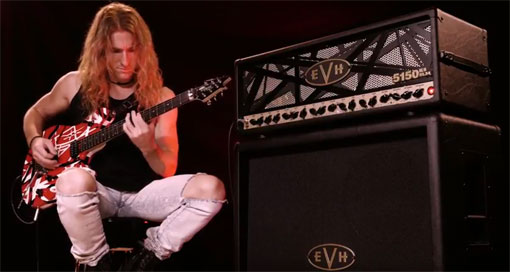 In 1978 Eddie Van Halen started a revolution on a quartet of EL34’s … Today that revolution continues with the new EVH 5150III®S EL34 head.

The EL34 power tubes deliver smoother contours, and greater sag and saturation that evoke a more modern “British” sound, all with more sustain and versatility than ever before.

Channel one boasts an even finer clear-and-compressed clean tone, while channels two and three now possess even more compression and saturation.  Other features include a rear-panel Resonance control section that tailors low-frequency response for each channel and a bias testing and adjustment port that allows you to fine-tune the tubes with more ease than ever.

In the video demo below, guitarist Frankie Lindia runs through each channel to showcase the versatility and power of this amp.