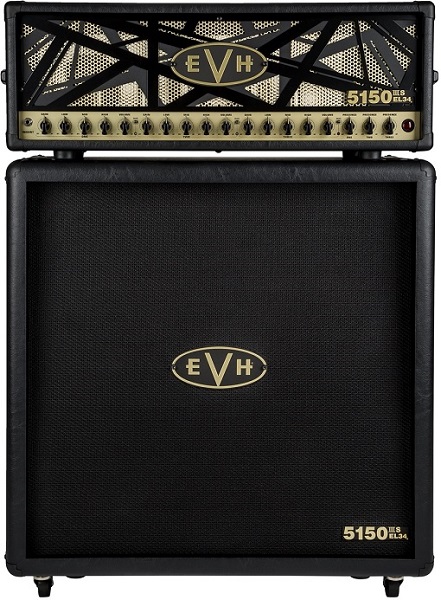 Guitar Aficionado editor Chris Gill gave the EVH 5150IIIS EL34 an impressive review in the March/April issue, which also included exclusive commentary from Eddie Van Halen on the inspiration behind the amp.

Van Halen’s desire to recreate his legendary tone (but on steroids) from his prized original 1968 Marshall Super Lead amp used to record Van Halen’s first six albums was what started the fire for the EL34.

“I’ve always wanted an EL34 amp that was hotter than the original Marshall,” stated Van Halen. “What we ended up with is the best EL34 amp I have ever played through.”

After taking the prototype on tour in 2015 and then making a few more tweaks, EVH Gear unleashed the EVH 5150IIIS EL34 100-Watt head in fall 2016.  Featuring the same control configuration as the previous 5150III heads, the EL34 has its own distinct tonal character that is driven by its four EL34 power tubes.

“The essence and the nature of the EL34 sound is just different,” said Van Halen. “It has a completely unique and unmistakable individual character, in the same way 6L6s do their own thing. The overtones and attack of an EL34 cannot be replicated by anything else. It’s hard to put into words, like trying to describe to a blind person what color is.”

As Gill notes in his review,  in all of his years of searching, no amp has been able to nail that early Holy Grail Van Halen tone as perfectly as the EVH 5150IIIS EL34.

It’s so good that Van Halen told GA he would still own one even if it didn’t have his name on it!

Pick up a copy of the issue here to read the full review.