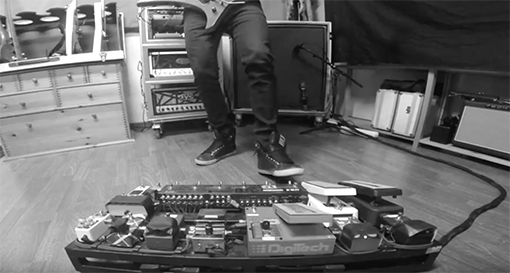 The band has certainly been busy getting the word out, having played a few sold-out shows and dropping both an official music video and a live clip for “The Oceanhoarse.”

Now comes a new playthrough video of the same track with Varon plugging in a Jackson axe through a pair of EVH 50 Watt heads.

Check out the playthrough below …