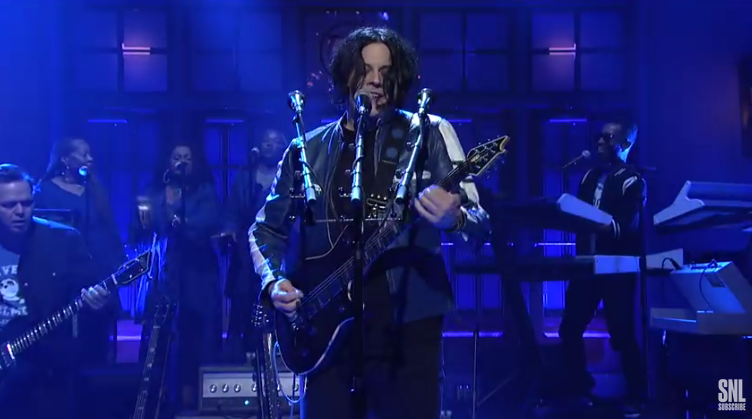 Jack White continued his promotional support for latest solo album Boarding House Reach with an appearance on Saturday Night Live over the weekend.

Backed by a quartet of singers and an ace band featuring Neal Evans (Lettuce/Soulive) and Quincy McCrary (Unknown Mortal Orchestra, Pitbull) on keys, drummer Carla Azar (Autolux, Depeche Mode, Doyle Bramhall II) and bassist Dominic Davis, White opened with the blistering “Over and Over and Over” and then later showcased the slow-burning “Connected by Love.”

Watch the performance of “Over and Over and Over” below and head to SNL‘s YouTube channel to watch more!