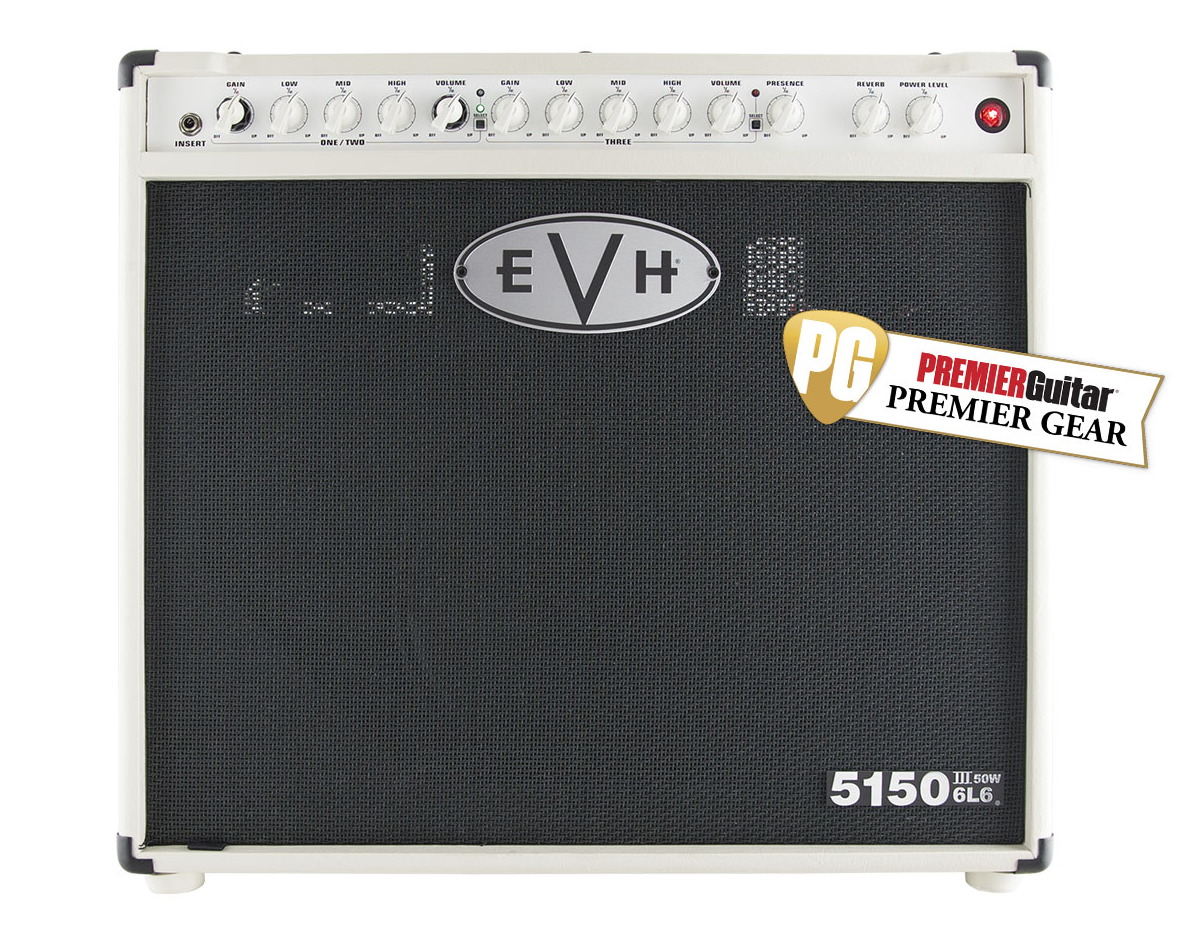 In his thorough review, Charupakorn notes how the 5150III now features independently controlled volume and gain dials for the clean and crunch channels. The upgrade expands the amp’s versatility, making for crisper clean sounds while maintaining the grittiness of the crunch channel that is iconic in EVH amps.

Charupakorn began his sound test on the clean channel with gain at 10 o’clock and all EQ knobs at noon and quckly enjoyed the “super robust, thick and singing” tones.

“Fender, who set the standard for clean tones with amps like the Twin Reverb, are partners with EVH, and the EVH’s clean tones are as detailed as those from many Fender amps that specialize in clean voices. In some settings, I preferred the clean colors from the EVH.”

The reverb also got kudos for its “spacious and angelic” long decay, with Charupakorn calling it “among the best onboard digital reverbs I’ve heard in an amp.”

Moving over to the crunch channel with the gain at noon, Charupakorn noted how the amp really “started to roar—producing classic, brawny “Panama”-style rhythm tones.

In terms of the lead channel, he also found the amount of available gain to be especially impressive.

“With the gain and all EQ knobs around noon, the amp generates incredible sustain,” he wrote. “But even if you bump the gain to near-maximum levels, pick attack remains clear and present. Crisp, staccato figures ring with precision and dead-on accuracy. Reducing the high-end content gave me a more liquid sound and softer pick attack that facilitates legato moves.”

“The 5150III is the beastly embodiment of Eddie’s ever-evolving tone quest. It’s inspiring to play. And all three core sounds—clean, crunch, and lead—are superb and useful well beyond Van Halen sound templates.”

Head over to Premier Guitar to enjoy the full review and audio sound bites from each channel.