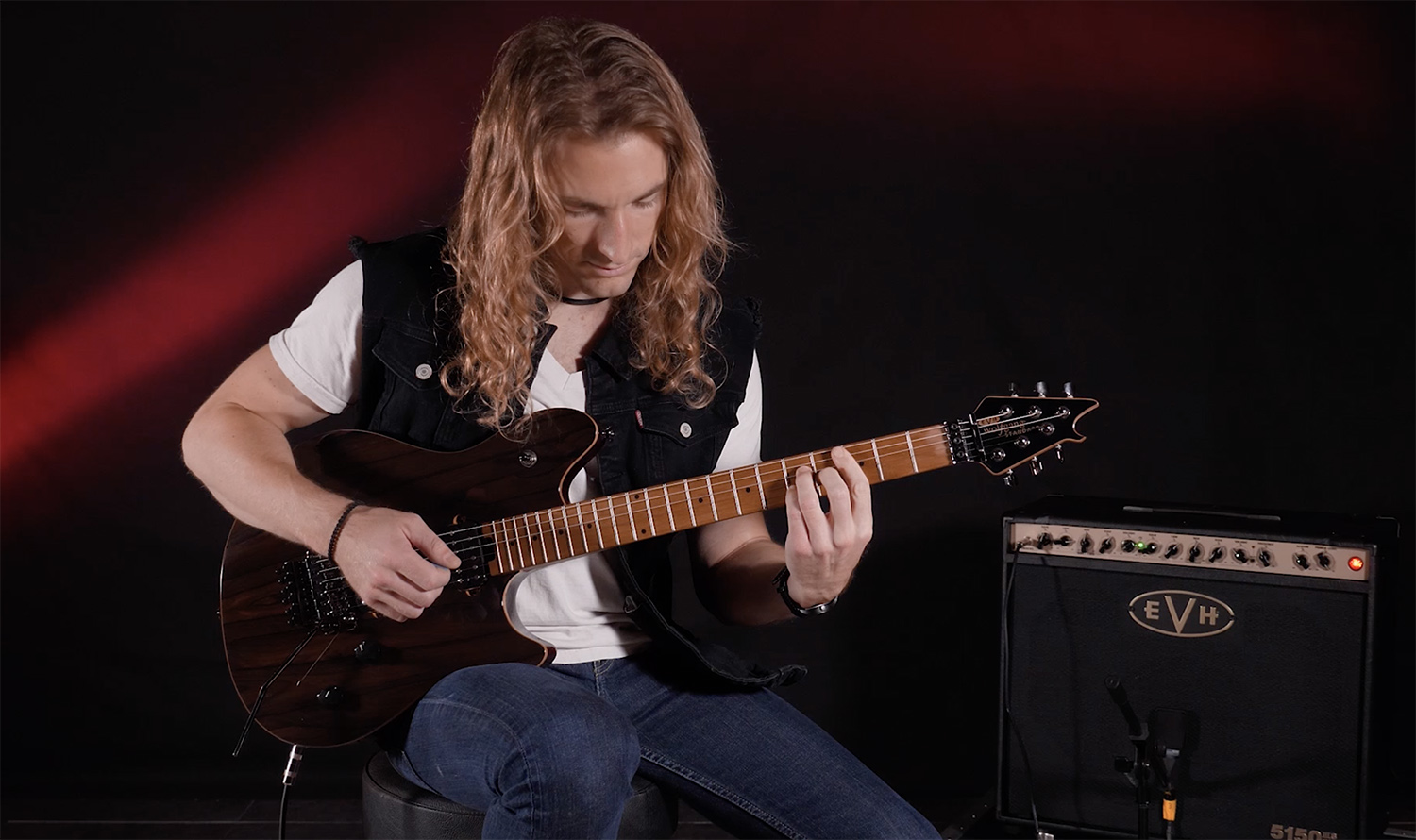 These all-new Wolfgang WG Standard Exotic models feature a basswood body topped with either poplar burl dressed in a swank Midnight Sunset finish or ziricote in a Natural finish. Both models beautifully capture the distinctive and exotic wood grain.

In the clip below, Lindia takes the dual direct mount Wolfgang humbucking pickups through their paces, first ripping an electrifying crunchy run on the bridge before delivering bright clean tones with both bridge and neck pickups engaged on the Midnight Sunset model. He ups the ante on the Wolfgang WG Standard Exotic Ziricote with a blazing lead timbre on the neck before ending with sublimely clean chords with both the bridge and neck engaged.

Give the distinct tonal voice of the Wolfgang WG Standard Exotic models a listen in the video below.